Siberian tiger Raspoetin was born on in 2004 in Nijeberkoop, the Netherlands, and came to South Africa in May 2015. This tiger is the beautiful son of Juno and Cromwell.

His conception was somewhat of an accident. His parents were rescued from a British zoo, and his conception happened during the preparations for the transport of his four brothers and sisters  – offspring of Juno and Cromwell.

Raspoetin had a brother and a sister, called Djengis and Raisa. When they were a year old, they passed away one week after each other due to heart failure. Raspoetin was left alone.

He is an iconic animal at LIONSROCK and is regarded as one of the friendliest tigers amongst the team of caretakers. Raspoetin is a remarkable tiger and has become one of the famous faces amongst tourists visiting the sanctuary. Not only has he stolen the hearts of many, but he is a reminder that these majestic animals don’t deserve to live their lives in captivity.

During the 20th century, the world already lost over 90 percent of its tigers, while current estimates suggest that there are only around 3,900 tigers left in the wild. The relentless demand for tiger parts as well as for animals to be displayed commercially has significantly contributed to the decline of this species. Legal trade often facilitates illegal trade, posing a real threat to the population of wild tigers.

Shockingly, tigers born in Europe in captivity are still traded for commercial purposes: for the circus ring or private keeping, as well as for photo opportunities. In some European countries, you can even rent a tiger for private parties! 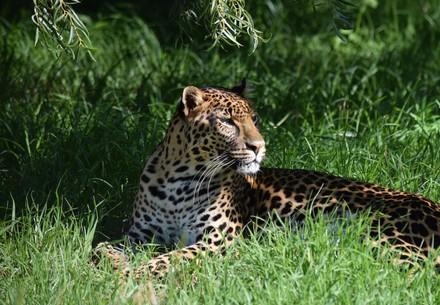 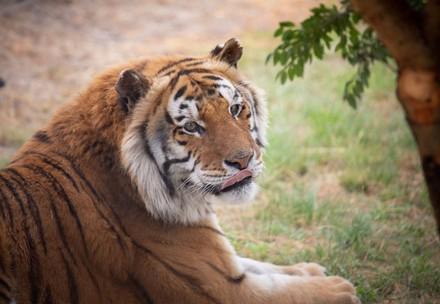