Show our single cats some love this Valentines Day, and stand a chance to win a Valentine’s Day hamper for two!

Simply comment on our pinned Facebook post with a love poem for your chosen cat. Add the hashtag #LoveLionsrock to qualify and stand a chance to win.

Winner to be announced on our Facebook page on Valentine’s Day! 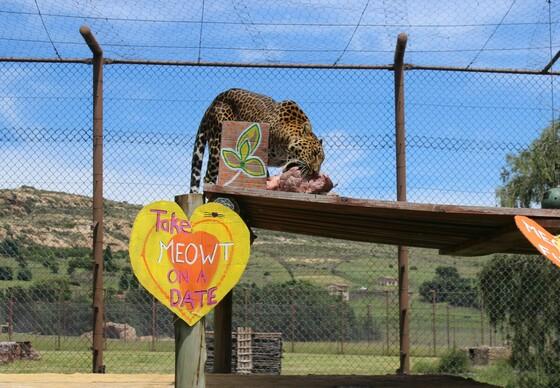 Bakari was originally born in a German zoo in November 2009, where his only purpose was to take pictures with visitors during a Christmas dinner. After the event was over, he was not needed any longer. When he was only 2 months old, he ended up in a rescue centre in the Netherlands, where life did not improve for him at first. He was locked up in a very small enclosure with barely any distractions and was surrounded by lions: his natural enemies in the wild.   When FOUR PAWS took over the rescue centre and named it Felida Big Cat Centre in 2014, Bakari's life finally took a positive turn. Thanks to intensive and specialised care, he was ready for the next step in November 2016 at LIONSROCK.

Lina was rescued from Onesti Zoo in Romania. She joined the LIONSROCK family in September 2013. Lina enjoys spending time on her rock structure by the pool. 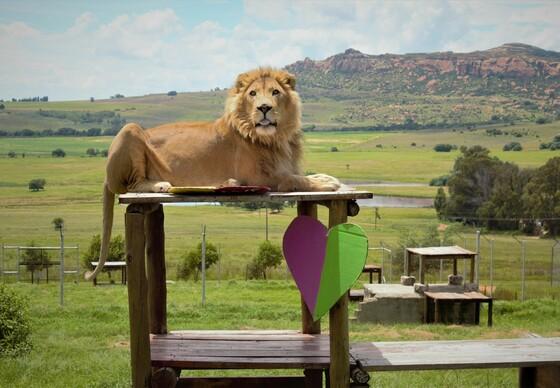 Simba is a happy, lazy boy who spends most of the day asleep in the sun. As much as he loves taking regular naps, he will never miss an opportunity to come over and play with his enrichment. He arrived at LIONSROCK in 2017. 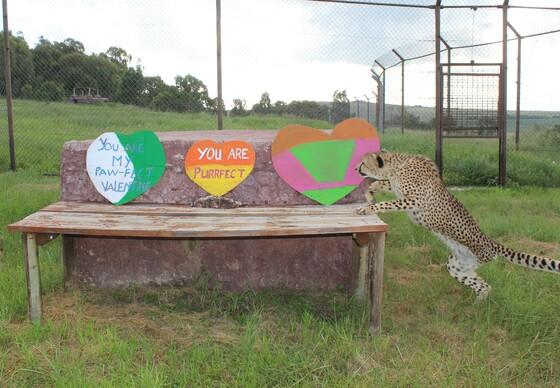 Sasha is always found overlooking the happenings at LIONSROCK from the hill in his enclosure. He was found as a six-month-old cub in 2011 by a farmer close to the Botswana Border, it was suspected that the mother was shot in the area and Sasha was left alone trying to fend for himself.  After his treatment, he was moved to a rewilding program he was released into a Reserve and started to hunt. In September 2013 he was almost fatally injured by a wildebeest. His left hind leg had been shattered and he received intensive medical care where the vets tried to save his leg but unfortunately, they needed to amputate as this was the only way he could live without constant pain. After he lost his leg he could not hunt anymore and he was moved to LIONSROCK, his forever home.   Despite only having 3 legs, Sasha is still a fast runner!

To celebrate the month of love, we’d like to share some of our big cat love stories with you...

Tulani, the female, was born at Stone Safaris in the Free State Province. She was hand-raised and purchased by the previous owners of the park. She arrived here in February 2003, when she was still a cub. Mike was captured from the wild in a live trap, as a problem animal, and brought to LIONSROCK in 2005 instead of being killed.

They have been together since and are often seen playing together. Being wild caught Mike was wary of people and often hid in the enclosure but with thanks to the love of Tulani, he now comes with her whenever our caretakers come by.

TJ and Ruby are our newest love story

Theyarrived at LIONSROCK on 22 July 2020. TJ was born at the Rhino and Lion Reserve and was removed from his mother to be used for cub petting and later breeding.

Ruby was born at a canned hunting facility and was rented to the Rhino and Lion Reserve as a cub for petting and she had to be returned at a later stage. The previous owner of TJ and Ruby used to volunteer at the reserve at that time, and in an effort to save these two cubs, she bought both of them and they were moved to a lion facility just outside of Harrismith in the Free State.

Last year the owner of the farm where Ruby and TJ lived became ill and the family decided to sell the property. The owner of Ruby and TJ asked LIONSROCK for help to give them a permanent home. They have settled in very well, so well that we may have our first love triangle in the making.

TJ and Ruby live next door to Nala, who was confiscated in France at the residence of a man who trained wild animals and sold them to circuses, she arrived at LIONSROCK on 11 October 2018, and it seems she has caught the eye of TJ, who can often be found lying near to where Nala is resting!

Who will be getting TJ’s heart this Valentine's?

Today we celebrate a friendship love: our BFF’s Lea & Kara

Lea came to LIONSROCKfrom Bulgaria and Kara fromRomania in October 2010.

Kara and Lea were put together immediately upon release and have been best friends ever since, Kara is the more timid of the two but always has Lea for support.

The girls can often be seen enjoying each other’s company whilst lounging on their platforms. They also sometimes sneak a peek at their neighbour’s, the handsome Ivan & Cornel. 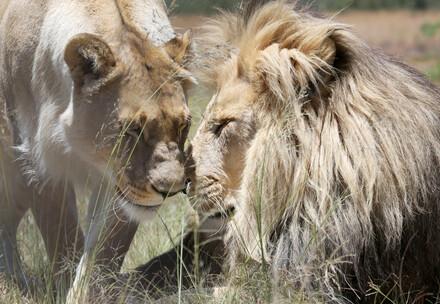 ️Celebrate the month of love at LIONSROCK with a romantic picnic in the picturesque tea garden, followed by a sanctuary tour. 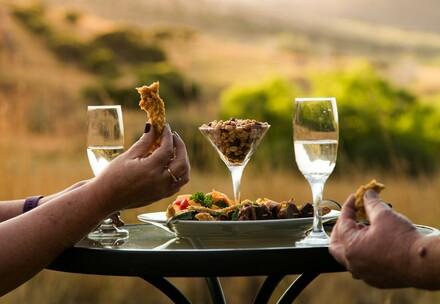 Spend the day relaxing at LIONSROCK with friends and family, and  indulge in a meal at our onsite restaurant. 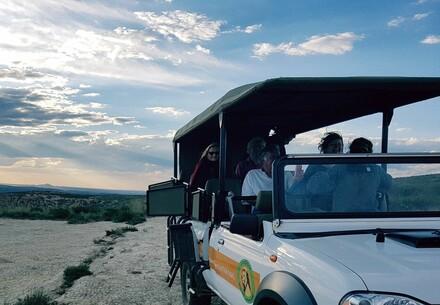 We are open for day visitors.